Rand Water, previously known as Rand Water Board, is a South African water utility that supplies potable water to the Gauteng province and other areas of the country. It is the largest water utility in Africa. The water comes from numerous sources and is purified and supplied to industry, mining and local municipalities and is also involved in sanitation of waste water.

The company is headquartered in the suburb of Glenvista, Gauteng, South Africa and was founded on May 8, 1903 in Johannesburg, South Africa. It was first built after the Second Anglo-Boer War (1899 – 1902), when the British government took control of the Transvaal Colony in Johannesburg with the need to restore gold mining to pre-war levels. At the time, the Transvaal Colony had discovered gold on the Witwatersrand – a place in the South African Highveld that consists of mostly grasslands with summer rains with an average yearly of 784mm rainfall. In 1903, the Transvaal administration decided to centralise the management of water resources on the Witwatersrand and the Rand Water Board was formed with the enactment of Rand Water Board Incorporation Ordinance No. 32 to supply water to the entire area. The Board was made up of eleven members recommended by the Governor of the Transvaal Colony, the Johannesburg Town Council, the Chamber of Mines and other municipalities at the time and amalgamated all other companies that currently supplied water to that point. The initial eleven members consisted of five members from the Chamber of Mines, three from the Johannesburg municipality, one from Germiston / Boksburg, one from Springs and one from Krugersdorp / Roodepoort. The Board commenced operations in 1905, and later, the memberships increased to 34 as Benoni joined in 1906, the Railways in 1914, Brakpan in 1920, Randfontein in 1929, Nigel in 1935, and Pretoria and Vereeniging in 1944.

Rand Water currently gets its water supply from the Lesotho Highlands. The scheme was designed to deliver a massive amount of some 2.2 x 109 m3 of water annually to South Africa. As early as 1954, the Natural Resources Development Council proposed the idea that water might be obtained from Lesotho to augment the water of the Vaal River. Negotiations between the governments of South Africa and Lesotho started towards the end of the 1970s. Representatives of Lesotho, the European Union, the United Nations and the World Bank formally signed a treaty for the development of the project on October 24, 1987. The scheme was to be constructed in three and would include four major dams, Senqu in Lesotho, Ash River in the Free State, Wilge River and ultimately to the Vaal Dam.

Rand Water is an organ of state, reporting to the Department of Water and Environmental Affairs (formerly Department of Water and Forestry). Throughout its long history, Rand Water has remained financially self-sustaining. Its financials are affirmed by Standard & Poor’s rating of its long-term local currency, corporate credit rating as A+ and its long-term foreign currency, corporate credit rating as BBB+.

Rand Water has become the largest bulk water utility in Africa and is one of the largest in the world, preserving its strategic objectives:

As the company maintains its five values (equity, integrity, spirit of partnership, excellence and caring), it continues to strive to consistently meet the expectations of its customers, partners and the government by strengthening its capacity to:

Rand Water maintains its business quality in the industry in so many ways – one of them is by ensuring that all its people operate in an environment characterised by the values of excellence, caring, equity, integrity and a spirit of partnership. The company has fully embraced the spirit of employee / employer relationships and has bound itself to abide in full measure by both the spirit and letter of all labour such as the Employment Equity Act, Labour Relations Act, Basic Conditions of Employment Act, Skills Development and Levied Legislation.

As a large company that cares about the importance of the young generation’s futures, Rand Water offers bursaries for individuals who studies towards undergraduate / graduates qualifications. Bursaries provided by the Rand Water company are awarded within the following fields of study:

Only candidates that fulfil the following minimum requirements will be considered to be selected as a bursar.

Candidates must submit supporting documents as listed below when applying for the relevant bursary.

How to Apply for Rand Water Bursaries

Applications for Rand Water Bursaries can only be done online.

Candidates that feel they have met the minimum requirements to apply for a bursary provided by Rand Water may start their application firstly by registering an account, then logging in to their registered accounts and start filling in the application form.

The closing date for the bursary application is on January 25, 2019.

Only shortlisted candidates will be notified. If a candidate does not receive any notification regarding to the application within a month after the closing date, it is to be considered that the application was unsuccessful.

For more information about the bursary opportunity, visit https://randwater.erecruit.co. 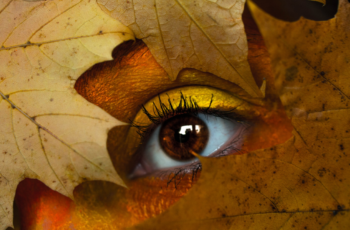 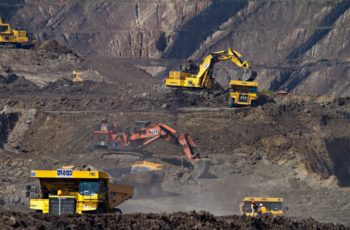 Table of Contents About ImplatsImplats BursariesMinimum Requirements for the Implats …