Anglo American is one of the largest mining companies in the world, specifically based in Johannesburg, South Africa and London, United Kingdom. The company serves world-widely and has mining operations in Southern Africa, North and South America and Australia. It also has a primary listing on the London Stock Exchange and is a constituent of the FTSE 100 Index. Besides that, Anglo American has a secondary listing on the Johannesburg Stock Exchange.

Anglo American focuses on natural resources as it is the world’s largest producer of platinum, with around 40% of world output, and also a major producer of diamonds, copper, nickel, iron ore as well as metallurgical and thermal coal.

The company was first founded in 1917 by a German Jewish emigrant, Sir Ernest Oppenheimer, in Johannesburg, South Africa as Anglo American Corporation (AAC). He obtained financial backing from the American bank J.P. Morgan & Co. and £1 million raised from UK and US sources to start the gold mining company. This fact is reflected in the name of the company.

Photo by Claudio Hirschberger on Unsplash

ACC grew through the years, becoming the majority stakeholder in the De Beers company and acquiring Coal Estates as well as developing the Free State goldfields (seven major mines simultaneously) and the Vaal Reefs mine – making ACC the largest gold-mining group. Thereafter, for the first time, in 1961, the AAC expanded outside of Southern Africa and became a major investor in the Hudson Bay Mining and Smelting Company in Canada. From 1967 to 1975, ACC continued to grow as it moved into the steel industry by acquiring Scaw Metals and established a number of ventures, including the Mondi Group (timber, pulp and paper), Amgold (later AngloGold Ashanti) and Amcoal (later known as Anglo Coal and then Anglo Thermal).

The Anglo American Corporation was subsequently founded in 1999 by the British (London) as it merged with Minorco on May, 1999 and formed Anglo American Plc. It was then that the company obtained its primary listing on the London Stock Exchange (LSE) and a secondary listing on the Johannesburg Stock Exchange (JSE). Up until 2010, Anglo American managed to flourish by acquiring Tarmac (a supplier of building materials) and Shell Petroleum Company’s Australian coal assets, also becoming a major in iron ore producer Kumba Resources, opened a representative office in New Delhi (India), acquired control of the Michiquillay copper project in Northern Peru and the MMX Minas-Rio and Amapa iron ore projects in Brazil, and acquired stakes in the Pebble copper project in Alaska. Even so, the Anglo American reduced its stake in AngloGold Ashanti to 16.6% in 2008 and privatised De Beers in 2001 after being a listed company for more than 70 years.

As Anglo American continues to grow and expand, becoming the largest mining industry in the world, the company keeps finding new ways to mine and process their products while also working together to develop better jobs, a better education, better businesses and building brighter and healthier futures around their operations, in the company’s host countries and ultimately for billions of people around the world who depend on the company’s products every day.

For their workforce, Anglo American creates working environments an inclusive and diverse culture that encourages and supports high performance and innovative thinking. With that being said, it can be assumed that the Anglo American company is a great place to work.

The Anglo American company combines integrity, creativity and smart innovation, with the utmost consideration for the people, families, local communities, the company’s customers and the world at large, to better connect the resources in the ground to the people who need and value them.

To help the youth in one of the company’s host country, South Africa, Anglo American Plc. offers an on-the-job training which is called a learnership programme to deliver knowledge and upgrade the youth’s skills and to give them work experience, so that when they have completed the programme, they will all be ready for the real world of work.

Additional benefits of learnerships include monthly stipend / allowance, a learnership agreement, subsidised accommodation and meals, a toolbox which will become the property of the learner after the completion of the trade test, free personal protective equipment (PPE) and of course free training.

Other opportunity:  Life-Changing Trainings and Learnerships in Durban

The selection will be based upon the Anglo American Platinum selection and recruitment procedures.

How to Apply for the Anglo American Learnerships

Once interested individuals are sure that they meet all the requirements above, they may register online at www.jobopportunities.angloamerican.com and forward the application documents to the Admin Office, SIVOS, Private Bag X506, Kathu 8446 or deliver by hand (only during office hours) to the Admin Office, SIVOS, corner of Hans Coetzee and Hendrik van Eck Avenues, Kathu 8446.

Faxes or scanned documents will not be considered. 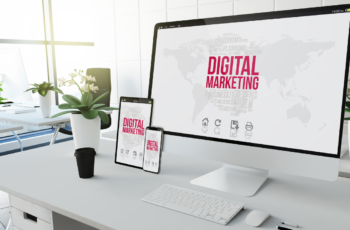 Table of Contents About TransnetTransnet Learnerships Application Requirements for the …