Samancor Chrome’s core business is the mining and smelting of chrome ore. With an annual capacity of some 1.2 million tons of ferrochrome and chromite ore, Samancor Chrome is one of the largest integrated ferrochrome producers in the world. The company produces ferrochrome, which is used in different areas of the stainless steel smelting process.

Samancor Chrome is a private company. Its history goes back as far as 1975, when it was established as a result of a merger between SA Manganese Ltd and Amcor Ltd. SA Manganese was formed in 1926 to mine manganese ore in the Northern Cape. Amcor was established in 1937 to exploit mineral deposits for the steel industry and to process those minerals into ferroalloys.

Samancor was listed on the Johannesburg Stock Exchange (JSE) until 1998 when the minority shareholders were bought out by the then majority shareholders, Billiton and Anglo American. This resulted in the delisting of the company and shareholding of 60% African Metals Ltd (a BHPB Company) and 40% Anglo South Africa Capital (Proprietary) Ltd (an Anglo American company).

Samancor then consisted of chrome and manganese operations and stainless steel investment with marketing and distribution arrangements via structures held wholly and indirectly by BHPB and Anglo American. Towards the end of 2004, bids were invited for the purchase of Samancor Chrome. The successful bidder, the Kermas Group, effectively took over the operations from June 1, 2005. Samancor Chrome is currently owned by Samancor Chrome Holdings Proprietary Limited, which is in turn held by Terris Chrome Limited (which holds in excess of 70%), a minority shareholder and various Black Economic Empowerment Shareholders.

South Africa currently supplies in excess of 30% of worldwide ferrochrome demand. This position can be ascribed to the following factors:

Over 70% of Samancor Chrome’s chrome ore output is consumed in the production of ferrochrome in South Africa. The remainder of the ore is exported. Some 85% of chrome alloy production is exported to stainless steel producers across the globe. Stainless steel alloy typically contains 18% chrome and 8% nickel. The chrome content in stainless steel gives it its luster, shiny appearance and resistance to corrosion.

Samancor’s outputs include the chrome ore extracted by its mines and chrome alloys produced by its plants. Samancor Chrome’s five fully integrated and self-reliant chrome alloy plants have a combined annual production capacity of more than 1.2 million tons of alloy, including charge chrome and ferrosilicon chrome.

The company’s total chromite resources exceed 650 million tons and are expected to support current mining activity for well over 100 years at the current rate of extraction. Some ores and concentrates are exported, but main allotments are destined for conversion into ferrochrome at the alloy plants.

The potential of the company’s mineral resources, its dynamic leadership, and the technological innovation, infrastructure and knowledge capital developed over the years, combine to depict a very positive future for Samancor Chrome. The company continues to develop and implement best practices in all areas of operation.

Within this Samancor training programme, engineering graduates hold the roles and responsibilities to:

Within the workplace, Samancor Chrome expects you to have the skills in:

In order to be eligible for this Samancor training programme, you must meet all of the minimum qualifications listed below:

The duration of this Samancor training programme is 1-2 years. The programme cannot guarantee you a permanent position at Samancor Chrome.

Apply for this Samancor training programme for engineering graduates by clicking here.

In the online application form, you will be required to upload the following documents:

Samancor training programmes for engineering graduates may not be advertised every year. Please make sure that you keep updated with the opportunity advertisements, which you should find on the Samancor Chrome’s website.

For more information, please refer to the Samancor Chrome’s career page on its official website. 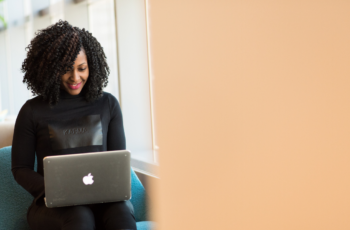 Table of Contents About CurroCurro Internship ProgramsEligibility Requirements to Join … 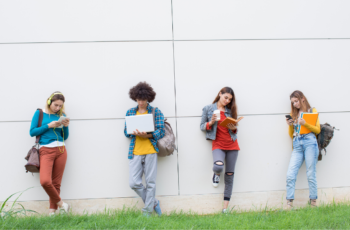