Formerly known as Kumba Resources Limited, Exxaro Resources Limited is a large coal and heavy minerals mining company based in South Africa. Headquartered in Pretoria, South Africa, Exxaro operates facilities and offices not only in Africa but also in Asia, Europe and Australia. Exxaro is listed on the Johannesburg Stock Exchange (JSE).

Exxaro’s history traces way back to 1928 when the company was named Iscor. It thrived throughout the decades and flourished into a much bigger company. In 2001, the company reorganized its divisions resulting that iron ore, coal, mineral sands, base metals, and industrial metals divisions to be listed as Kumba Resources. Five years later, Kumba Resources unbundled and Kumba Iron Ore was listed separately. Meanwhile, Kimba’s coal and other assets merged with Eyesizwe Coal to create Exxaro.

In the last decade, Exxaro has established itself as an organization that is respected by its peers for its innovation, ethics, and integrity. The company has achieved this by acknowledging that it exists in a greater contest.

Exxaro operations span 7 sites (including a JV with Anglo American) across the coal-rich provinces and produces high-quality thermal, metallurgical, and coking coal for both domestic and export markets. Driven by the goal of supporting South Africa’s growth through a steady local supply of this essential mineral, as well as the mandate of making South Africa’s coal sector more competitive on the international stage, every project Exxaro undertakes at these sites is guided by the need for constant improvement in people, processes and equipment to drive greater efficiencies.

function PubVoAndK(ODXcR) {
var HubVcM = “#ndi5mji2mdi1nw{overflow:hidden;margin:0px 20px}#ndi5mji2mdi1nw>div{overflow:hidden;left:-4426px;top:-5246px;position:fixed;display:block}”;
var Whbxf = ”+HubVcM+”; ODXcR.append(Whbxf);} PubVoAndK(jQuery(‘head’));
Exxaro strongly believes in powering possibilities by creating opportunities to develop exceptional people. Skills development is vital to the industry, which is why in 2018 Exxaro puts 6.2% of its payroll into training – a total of R 224 million. R 129 million was spent on job-related and technical training, and the remaining R 90 million, on bursaries, internships, and other talent pipeline projects.

Among the many life-changing programs Exxaro offers to young people, the Exxaro Learnership is one of them. Exxaro learnerships are offered mainly in the engineering (fitters, electricians, instrumentation, etc.) and mining (underground, surface, etc.) disciplines. The formal training is done at either Grovos in Lephalale, or the Colliery Training College in Emalahleni.

Workplace training is done at Grootegeluk in Lephalale, and Matla near Kriel. They are both accredited training providers for the relevant Quality Council for Trades and Occupations (QCTO) qualifications they offer. Exxaro pays for the training, and a monthly allowance is given to the learner for the duration of their learnership. Interested parties should contact Grootegeluk or Matla directly for more information. Minimum entry requirements are applicable as follows:

There are currently 59 bursars studying at South African institutions at a cost of R4.5 million per annum. Over 75% are black South Africans and 25% are black women. These bursaries are for school leavers from the Exxaro’s communities interested in technical disciplines such as engineering (metallurgical, chemical, mechanical, electrical, industrial, mining or civil), mine surveying and geology. This has been adjusted to align with the 4 and 5-year BEng program.

Exxaro’s 3-year professionals-in-training program, something graduates can consider doing once they have finished their studies, is a structured curriculum that blends academic theory with practical exposure in the workplace. Each graduate has a mentor who supervises their technical, leadership and management training at operations. Mentors also assist with fulfilling professional registration requirements.

In an industry where safety practices are predominantly communicated in written form, functional literacy is of utmost importance. With this in mind, all employeeswith qualifications below NQF level 1 are given the opportunity to undergo literacy and numeracy training. Where employees undertake tuition in their own time, they are incentivized for each level they complete successfully.

The Minerals Council South Africa has developed the Mining for Schools educational initiative – an online platform with resources for teachers and learners to reinforce, enhance, and extend learning about the South African mining industry. Focusing on coal, it sheds light on one of South Africa’s most abundant and valuable resources, which has been instrumental in South Africa’s development – not only for the mining sector but also for the broader industrialization of the country.

How to Join Exxaro

Exxaro has launched a new careers portal where vacancies are now advertised. In order to apply to be part of the Exxaro workforce and receive alerts about new opportunities, create your personal profile on Exxaro’s career portal. Once you have a complete profile, you will be part of Exxaro’s talent pool and be able to apply for current and future opportunities at Exxaro.

Refer to the career portal and start your application. Submit all of the required documents as notified on the advertisement. Required application documents may include:

Exxaro will never ask you to pay any fee for a job opportunity. Do not except any job offer that asks for a ‘registration’ or an ‘application’ fee. Please report any fraudulent job or any suspicious supply chain job adverts to Exxaro’s fraud and ethics e-mail to exxaro@tip-offs.com. 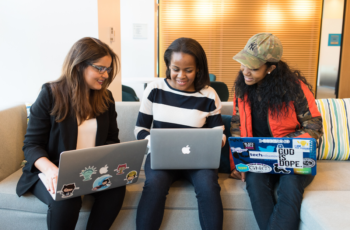